Chief Scott Dumas and the Rowley Police Department reports that a burst pipe in the police station has temporarily knocked out its communications system. 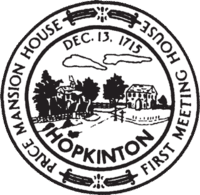 RANDOLPH — Chief Anthony Marag reports that four juveniles have been arrested and charged following a pursuit of an alleged stolen vehicle. BLACKSTONE — Chief Gregory Gilmore reports that the Blackstone Police Department arrested and charged a woman Wednesday after she allegedly attempted to use stolen or false documents to withdraw cash at a local bank. MAYNARD — Chief Michael Noble is pleased to welcome the newest comfort dog to the Maynard Police Department.   Otis, a 10-week-old chocolate lab, will officially join the Department on Feb. 8. as part of the new Maynard Police comfort dog program.   Otis will spend most of his time on shift in Maynard Public Schools […] GROVELAND 一Chief Jeffrey Gillen reports that the Groveland Police Department is actively investigating after a large police response was summoned by a hoax 911 call reporting an act of violence. On Wednesday, Feb. 1, at about 8:45 p.m., Groveland Police received a 911 call in which the caller told dispatchers that he harmed someone in the […] ARLINGTON — Chief Julie Flaherty is pleased to announce that the Arlington Police Department raised $5,825 during its 2022 No Shave November and December initiative to benefit cancer research.