A  JUVENILE MALE, AGE 17, of FRAMINGHAM was arrested and charged with:

Another JUVENILE MALE, AGE 17, of FRAMINGHAM, was arrested and charged with:

CHRISTOPHER DE BRITO, AGE 18, OF FRAMINGHAM, was arrested and charged with

On Thursday, Dec. 1, at approximately 10:17 a.m., Officer Marc Symington was observing traffic on Great Road when he saw a Ford F350 dump truck with an expired inspection sticker and attempted to perform a motor vehicle stop. The dump truck stopped just over the Concord Town line in the area of Shaw Farm Road.

As Officer Symington walked toward the vehicle, the dump truck began moving and allegedly fled in the direction of the Concord Rotary while passing several other vehicles and repeatedly crossing the double yellow line. In the area of the Concord Rotary, an occupant allegedly got out of the truck and began running as the truck briefly stopped. The dump truck then continued onto Route 2 West, and Officer Symington stopped pursuing the dump truck due to safety concerns. After running the dump truck’s license plate, police learned it was reported stolen from a landscaping business in Natick.

A short time later, Sgt. Christopher Hodges spotted the dump truck on Main Street, and the vehicle stopped when Sgt. Hodges activated his cruiser’s lights and sirens. The driver and another individual inside the truck, both 17-year-old boys, were taken into custody. Meanwhile, the individual who fled from the dump truck near the Concord Rotary, later identified as DE BRITO was also located and taken into custody.

The 17-year-olds were arraigned Thursday in Framingham Juvenile Court. DE BRITO will be arraigned Friday in Concord District Court. The stolen dump truck was returned to its owner. 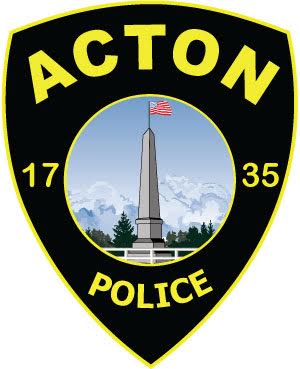