SOPHIA COLLINS, AGE 21, OF BOSTON, and KIRSTEN FOX, AGE 20, OF NORWOOD, were each arrested and charged with Vandalizing Property.

Upon arrival, Hull Police officers located two individuals, later identified as COLLINS and FOX.Through an on-scene investigation, it was determined that the individuals were in the possession of spray paint cans and had allegedly spray painted three different areas in two of the park’s bunkers.

COLLINS and FOX were placed under arrest and booked at the Hull Police station. Both were arraigned Wednesday in Hingham District Court. 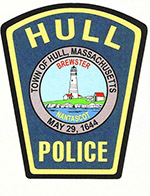