WHITMAN -- Chief Timothy Hanlon reports that the Whitman Police Department arrested a juvenile this past weekend.

WHITMAN — Chief Timothy Hanlon reports that the Whitman Police Department arrested a juvenile this past weekend.

A JUVENILE MALE, AGE 15, OF BROCKTON, was charged with:

The juvenile suspect was scheduled to be arraigned at Brockton Juvenile Court.

On Saturday, April 2, at approximately 6:45 p.m., Whitman Police was dispatched to the area of the town park located on Park Avenue for a report of a male possibly threatening teenagers with a knife.

While en route to the park police located a juvenile male matching the description of the suspect, who was riding his bike in the direction of the 7-Eleven located on the corner of Washington Street and Park Avenue.

While questioning the juvenile he allegedly attempted to flee on foot but was quickly taken into custody without further incident. A subsequent search of the juvenile’s backpack revealed a knife similar to the one that was allegedly shown to teenagers at the park moments earlier.

Because the suspect in this case is a juvenile, no further information will be provided at this time. 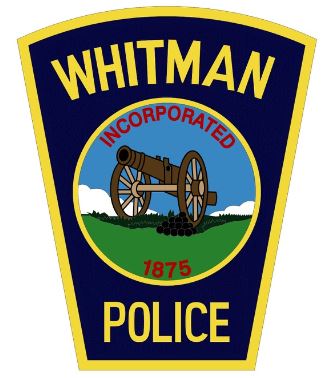