BRIDGEWATER — Members of the Bridgewater Fire Department extinguished a house fire on Clarence Avenue over the weekend.

BRIDGEWATER — Members of the Bridgewater Fire Department extinguished a house fire on Clarence Avenue over the weekend.

On Saturday, March 5, firefighters responded to a 911 call for a reported structure fire at 22 Clarence Ave. Engine 1 was the first to arrive on the scene and reported fire showing on the exterior of the side of the home. Engines 3 and 4, Ambulance 5 and Cars 30, 2, 3 and 5 also responded to the scene.

No one was home at the time of the fire, however in their search of the home, firefighters located a dog that had died as a result of the fire.

The home sustained damage from heat, smoke and water, but is not a total loss. The residents are displaced and are being assisted until the home can be repaired.

The origin and cause of the fire remains under investigation by the Bridgewater Fire Department. 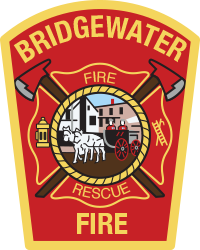