Saturday, Sept. 11 beginning at 9 a.m. The event will be held rain or shine.

The parade will begin at the former Porter and Chester Institute on Weymouth Road and will proceed to Enfield Fire Department Station #2, 199 Weymouth Road.

To mark 20 years since the Sept. 11, 2001 terrorist attacks, Enfield Fire District No. 1 will host a 20th Anniversary Remembrance Event this weekend. The event will begin with a short parade, and a ceremony will follow at the 9/11 Memorial Tribute Garden at Station #2.

As part of the ceremony, the national anthem will be performed by Elizabeth Santino, an invocation will be led by Pastor Gary Santino, a 9/11 tribute ceremonial wreath laying conducted by Riley’s Dance Studio and a 9/11 tribute song “When Heroes Climbed the Sky” performed by the Dave O’Hagan Band.

A special recognition plaque will be unveiled at the ceremony as well. Following the ceremony, light refreshments will be served at the station.

Attendees should park at the Enfield Fire District Station #2. 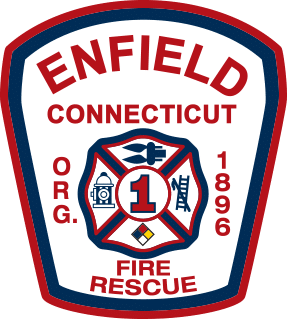