The AA rating is the third highest bond rating available from the credit rating agency, and reflects the high-quality financial condition/low credit risk of the City. The AA and AA+ bond ratings are both considered “investment grade” and differ from the top AAA rating only slightly.

In issuing the rating, S&P cited the City’s:

The Romeo Theken Administration had made it a priority since taking office to improve financial stability, with state financial leaders indicating the city should be in receivership as recently as 2014. Mayor Romeo Theken has prioritized level-funded budgets every year of her mayorship, with no furloughs or terminations during the COVID-19 crisis.

“The strong bond rating is another positive signal of the city’s improved financial stability and will provide a superior ability to plan capital projects with low rates,” Mayor Romeo Theken said. “Building a strong foundation for the future of our city requires responsible budgeting, and our work to provide that continues.”

“Responsible fiscal management doesn’t just look good on paper — it leads to real savings for the City and its taxpayers,” said Mayor Romeo Theken. “I am proud of the work that has been done to get our City on strong financial footing, and to keep it there for future generations.” 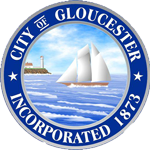