Coach Byron passed away at the age of 68 on June 12 following a battle with cancer.

Coach Byron had a long and accomplished coaching career. He served as the basketball coach at Oliver Ames for 12 seasons with successful previous coaching stints in Abington and Walpole. He was a middle school math teacher in Mansfield for 35 years where he also coached basketball, and in 1992 he coached the Mansfield football team to a MIAA Super Bowl victory.

During his coaching career, he was honored as a Coach of the Year 12 times, became a member of the “400 Win Club” and was inducted into the Massachusetts Basketball Coaches Association (MBCA) Hall of Fame. He also coached AAU basketball for the Boston Blazers and Boston Amateur Basketball Club (BABC) programs.

Coach Byron was a standout basketball player himself at Watertown High School and later at Westfield State University.

Oliver Ames Athletic Director Bill Matthews describes Coach Byron as an ambassador for the sport who was well-liked by players, coaches and officials alike, often visiting with opposing coaches before games.

“We’ve received an outpouring of support from the community, friends, opposing coaches, officials and especially from past players who have shared how much Coach Byron affected their lives as a coach and as a mentor, often offering advice or motivation. He was a true leader and role model who set a positive example for the many, many kids that he coached throughout the years,” Athletic Director Matthews said. “He knew how to make every player feel valued and ensured they understood their role on the team. He did not like to cut kids who had worked hard and committed to the team, so he often carried a large number of players on his roster. He was masterful at finding ways to give every player at least a few minutes of playing time here and there. I have no doubt that this consideration and dedication meant a lot to all of his players.”

In his last season in 2020, his team won the Davenport Division of the Hockomock League with a 9-1 record on the season. The team was able to receive the championship banner and visit Coach Byron with it shortly before he passed away.

“Don had a lot of grit and toughness, which his teams showed as well. They always fought hard to the final buzzer, win or lose. When tournament time came at the end of the season, many higher-seeded teams would hope they didn’t draw Don’s team as a matchup, because they knew how tough his team would be to beat, regardless of the talent differential,” Matthews said. “Don lived the grit he demanded from his teams. When he was diagnosed with cancer, he wanted to continue to coach and coached through two seasons while completing chemotherapy treatments. His illness took a huge toll on him, but he refused to even think about stepping away from coaching. I think winning the Davenport Division was very meaningful for him, especially with his son, Mike, assisting him as a volunteer coach this past season.”

Coach Byron is survived by his wife, Christine; son, Michael; and daughter, Jennifer.

“We send our condolences to Coach Byron’s family,” Superintendent Lisha Cabral said. “He was an excellent role model for our students for many years and we are grateful to have had him as a coach in our athletics department and a member of our school community.”

Oliver Ames Athletics plans to recognize and honor Coach Byron at a later date. Those details will be shared as soon as they are available. 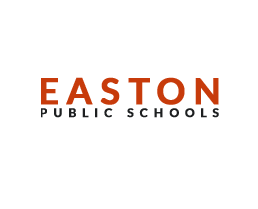