NORWOOD -- Fire Chief George Morrice, Building Commissioner Matthew Walsh and General Manager Tony Mazzucco report that the main building of the Norwood Commerce Center has been ordered closed after fire department investigators discovered dozens of code and life safety violations after responding to a fire at the former mill on Tuesday.

Buildings 23-26 Will Be Closed Until Violations are Rectified

NORWOOD — Fire Chief George Morrice, Building Commissioner Matthew Walsh and General Manager Tony Mazzucco report that the main building of the Norwood Commerce Center has been ordered closed after fire department investigators discovered dozens of code and life safety violations after responding to a fire at the former mill on Tuesday.

The Norwood Commerce Center, also home to the Winsmith Mill Market and located at 61 Endicott St., was converted into a variety of shops and businesses starting in 2012. The property is comprised of 14 buildings, including its main structure that houses Buildings 23-26, which is approximately 150,000-square-feet in size.

As of Wednesday afternoon, Buildings 23-26 have been closed by town officials after the Norwood Fire Department on Tuesday responded to a report of a fire on the second floor of Building 26. The small fire was quickly extinguished and was later determined to be accidental. No injuries were reported.

Because of the amount of clutter in the building and the way the building had been altered without proper permitting, firefighters initially had a difficult time reaching the fire with their hose lines. Firefighters had to use additional hose lines, totaling about 350 feet in length, in order to reach the fire and extinguish it.

The violations found inside the building include fire, building, electrical, health, plumbing and zoning violations.

Inspectors found inside the building:

“Any number of these violations would be cause for the building to be shut down, let alone the dozens that we’ve discovered on the property thus far,” Chief Morrice said. “We are very fortunate that this fire was not more serious and did not happen when there were hundreds of vendors and patrons inside the building on a given weekend. Thankfully our firefighters were able to quickly put out the fire despite the difficulties they experienced navigating their way through the building and getting enough hose up there.”

The owner of the building is listed as Norwood Commerce Center, based in Boston and the property manager is Richard Bruno. In the coming days, town officials will continue to conduct further inspections, including an electrical inspection, and provide the owner with the full list of items that need to be rectified before the building can be allowed to be safely reopened.

“A building of this size with this large number of patronage needs to be properly maintained at all times and these violations are serious and unacceptable,” Building Commissioner Walsh said. “We hold our businesses and buildings in Norwood to high standards and if those standards are not met, then the building is not safe enough to remain open.”

The Norwood Commerce Center is home to a variety of small businesses including artisans, antique shops, clothiers, musicians, photographers, furniture makers and other types of businesses. Operating on Fridays, Saturdays and Sundays, the property can see hundreds of visitors when open.

“It is unfortunate that there were all of these violations because the market is a very vibrant and unique place in Norwood and in the region,” Town Manager Mazzucco said. “While we certainly feel bad for all of the small businesses and vendors that utilize the building that will be impacted by the closure, ensuring the health and safety of all that enter the building, including our first responders, is of the utmost importance.” 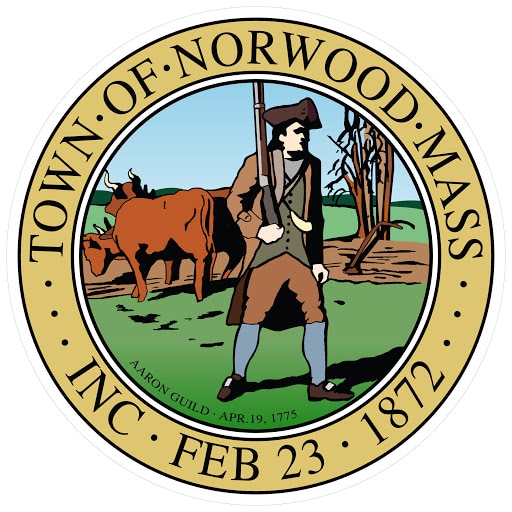