HULL -- Principal Christine Cappadona is pleased to announce that the students of Lillian M. Jacobs Elementary School recently participated in the school’s "Power of Curiosity" assembly, which was inspired by the donation of a very large pumpkin. 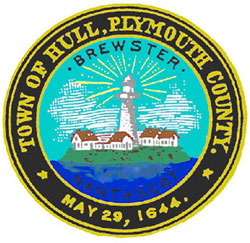 HULL — Principal Christine Cappadona is pleased to announce that the students of Lillian M. Jacobs Elementary School recently participated in the school’s “Power of Curiosity” assembly, which was inspired by the donation of a very large pumpkin.

Students gathered on Dec. 1 as part of an ongoing series of school assemblies held on the first Friday of each month, which celebrate school spirit and give students the opportunity discuss topics relevant to what’s going on in the building. This month’s assembly was the “Power of Curiosity,” which Assistant Principal Kyle Shaw described as an eagerness to explore, discover and learn new things.

“Curiosity is like a muscle, it weakens without use. To keep it strong, we need not focus on what we know, but focus on what we don’t know,” Assistant Principal Shaw said. “We encourage our students to ask questions, wonder, try new things and always be curious.”

The topic of curiosity was chosen after a 138 pound pumpkin was donated to the school during Halloween and quickly became a point of conversation. Every day, students and staff would congregate around the pumpkin, staring at its size, asking questions or making comments.

Principal Cappadona and Assistant Principal Shaw realized that the pumpkin symbolized the curiosity within everyone at the Jacobs School, and so the assembly idea was born.

“It seemed as if every student that walked by the pumpkin had a question or comment,” Principal Cappadona said. “We felt obligated to answer them.”

Ahead of the gathering, Principal Cappadona compiled student questions and assigned them to classrooms to research and report on. While each class worked on their question, Principal Cappadona and Assistant Principal Shaw performed several experiments on the pumpkin, as requested by students.

Collectively, Principal Cappadona and Assistant Principal Shaw demonstrated that the pumpkin could float by dropping it in the ocean and that it could roll by being pushed down the ramp outside the building. They also compared the large pumpkin’s seeds to an average sized pumpkin, unsuccessfully attempted to make the pumpkin into a volcano and tested if a smaller pumpkin would travel farther than the large pumpkin by launching both from a catapult constructed by Memorial Middle School.

The results of the experiments and the answers to each classroom’s assigned questions (like where does the word pumpkin come from and do bigger pumpkins take longer to grow?) were compiled and presented in the form of a short movie during the assembly, which students watched while snacking on pumpkin bread.

“When I’m curious, I start asking questions and when I ask questions I get answers,” second grade student Colin English said after the assembly. “This strengthens my brain!”

While next month’s assembly theme has yet to be announced, the Jacobs School will continue to promote the power of curiosity to its students.