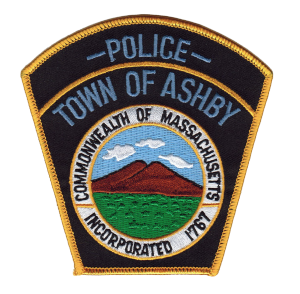 MURDOCH LINDWOOD HATFIELD, AGE 37, OF ASHBURNHAM, is charged with Breaking and Entering Nighttime for Felony and Malicious Destruction of Property Over $250.

On Saturday, Aug. 20 at approximately 8:37 p.m., Ashby Police were dispatched to a residence on Pillsbury Road for a report of a suspicious male who was attempting to gain access to the homeowner’s vehicle.

While police were on their way to the scene, dispatch updated officers that the same male was now in the driveway of a residence on West Road. When police arrived, they found HATFIELD standing in the roadway.

As police were interviewing HATFIELD, the homeowner of the residence on Pillsbury Road told police that he believed his neighbor’s house had been broken into and there may still be another suspect inside.

When police arrived at the neighbor’s home, they observed the front door was wide open. The front storm door had been completely removed from the door frame and the side window was missing.

Upon further investigation, police discovered there was significant damage to the interior of the home including drawers, cabinets and their contents strewn throughout rooms of the house and a sliding glass door to the rear deck completely shattered and the screen removed.

Due to the extent of the damage to the home, State Police Crime Scene Services are assisting to process the scene.

HATFIELD was booked at the Ashby Police Station and transported to the State Police barracks in Leominster where he is being held on $5,000 bail pending his arraignment in Ayer District Court.

This incident remains under investigation by the Ashby Police Department and State Police Crime Scene Services.