NEMLEC Police Foundation Donates $5,000 to Cops For Kids with Cancer 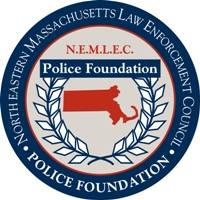 NEMLEC Police Foundation Donates $5,000 to Cops for Kids with Cancer

CHELMSFORD — The NEMLEC Police Foundation, Inc. is pleased to announce that it has once again donated a portion of its annual fundraising proceeds to Cops For Kids With Cancer.

“Cops for Kids with Cancer is a charity that hits close to home for just about everyone in a given community, and the NEMLEC Foundation is proud to support their amazing work,” Chief Murphy said. “We are grateful to Chief Faherty for the work he does, and we are proud to support the mission of this wonderful cause.”

The NEMLEC Police Foundation provides training and education to police in Northeastern Massachusetts, and it has supported a variety of charitable causes over the years. The funds raised through its annual Golf Tournament and other fundraisers, the Foundation has been able to offer vital training programs to hundreds of police officers in Middlesex and Essex counties, as well as elite training to NEMLEC units, including:

“We are proud to be able to support worthwhile causes like Cops for Kids with Cancer in addition to our specialized training programs,” said Foundation Coordinator Sharon Crowley. “By supporting training and charities, the NEMLEC Foundation continues the dual mission of municipal police departments in protecting public safety and serving the community.”

About Cops for Kids with Cancer:
In 2005, retired Boston Police Captain John Dow and his wife, Joan, wanted to find a way to support children with cancer who were being treated at Massachusetts General Hospital. Captain Dow, a cancer survivor, was sensitive to the needs of cancer patients and had a particular empathy for children undergoing difficult treatments. Soon after, the non-profit he founded, Cops for Kids with Cancer, began directing significant support to pediatric cancer patients at Massachusetts General Hospital. Cops for Kids with Cancer supports emergency assistance to families, events for patients and their families, and special “wishes” for teens, who are too old to be served by the Make-a-Wish Foundation. Captain John Dow lost his battle with cancer in 2007, but his vision of supporting children and their families continues.

Former Boston Police Superintendent-in-Chief Robert Faherty served in the Boston Police Department from 1960 to 2000 and has served as the Chairman of the Board of Cops for Kids with Cancer since 2005.

About the NEMLEC Police Foundation:
The NEMLEC Police Foundation, Inc. exists to promote and pursue training, education, research, projects, and programs that benefit municipal police agencies and their communities in Northeastern Massachusetts. The foundation promotes the public’s understanding of their police departments. It receives gifts, contributions, and grants from individual benefactors or private organizations and distributes those gifts to benefit The North Eastern Massachusetts Law Enforcement Council and its cities and towns. Follow the Foundation on Twitter @NEMLECInc or  Facebook: https://www.facebook.com/pages/NEMLEC-Police-Foundation-Inc.